I can’t remember a time when I didn’t know how to swim.  I was in the water before I could walk and I always assumed my kids would be the same. You know what they say when you assume…

When our son was about 8 months old we took him to a local swim school that came highly recommended.  The first class went well but after that it was basically going through motions that he had no interest in.  He didn’t seem to make any progress and the teachers didn’t seem to push him the way they did other students.  We decided for the amount of money this school charged it wasn’t worth it to continue.
Life happened and we didn’t try lessons again until we signed up with NJAC when he was 3.5 yrs old.  I feel like we should still be apologizing to anyone who was at that winter session at St Elizabeth’s with us.  He cried during every single class.  It sounded like he was being tortured when it was time for jumps.

Meanwhile, our 10 month old daughter was in the next lane having the time of her life.  Her first class she waddled over to the pool and tried to walk right in.  She couldn’t get enough of Humpty Dumpty.  Dunk her under the water and she’d come up giggling.

Water safety was a top priority for me so we trudged on with our son while our daughter thrived.  I’d be lying if I said it was all fun and games.  I won’t go so far as to say our son hated swim lessons but he definitely didn’t love them.  We switched to the Sheraton thinking maybe warmer water would help.  We had numerous instructors who never batted an eye at his crazy antics.  It was hard watching him and adjusting my expectations.
Our daughter flew through levels.  Face in the water?  No problem.  Float on her back?  No problem.  Jump into the deep end?  Over and over.  She was swimming unassisted before she was 3.  She asked to swim every day.  People were constantly amazed when they saw her swimming.

With our son there was no flip of the switch. But at some point, an amazing thing happened.  He started having fun in the water.  I can’t honestly tell you when it happened but it did.  He could swim on his own, could tread water and loved doing cannon balls in the deep end.  He was the one swimming without a puddle jumper at friends’ houses.  Last summer he came home from camp beaming because he had passed the last swimming test on his second try.  I had never seen him so excited about anything swimming related.

My goal for both of my children was for them to be safe and feel comfortable in and around water.  It took more time and patience that I thought it would but I’m so glad we never gave up. Our kids have had very different experiences and that’s okay. They’re different people and aren’t going to always do everything the same. Thank you to NJAC for getting us here!

I have peace of mind 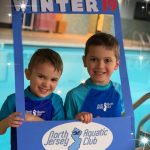 My boys have been swimming with NJAC for years. The instructors have always been patient with my younger son, who was scared of the water. He is now comfortable in the pool, has a blast in class, and is close to swimming… Read more “I have peace of mind” 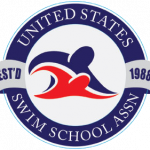